Load cell wireless weighing using load cell electronics from Laumas Elettronica, specifically the TLKWF. This brief article will describe the use of products from Load Cell Systems to create a wireless load cell weighing system for bulk tanks and hoppers in a brewery.
This scale system is an example for a brewery but can easily be customized for other industries.

An up and coming brewery wanted to monitor the level of a couple of their ingredient bulk storage tanks and hoppers. The customer had two main requirements for the project: one was they wanted wireless transmission of the weight to their control room; the other is that their management wanted the capability to monitor the individual tank’s weights remotely via a PC or a smart phone.

Load Cell Systems has proposed the following solution for this tank weighing application.

We would supply the appropriate tank weighing load cells, mounts, and load cell junction box for each tank and hopper. The model TLKWF wireless load cell transmitter to connect to the company’s existing WiFi network where the operator could view the weights of each vessel from a web browser. The management staff can also login to a webpage anytime to see the tank and hopper’s ingredient level.

Load Cells:  CL-01
The CL-01 load cells were chosen because of the low cost, washdown environment, they are stainless steel and sealed to IP68.

Load Cell Junction Box:  SJB-4
This is an inexpensive and easy to calibrate load cell signal trim j-box with a stainless steel enclosure.

WiFi Load Cell Transmitter:  TLKWF
Using this wireless weighing device allows a local display at the tank or hopper scale, connection to the existing WiFi network so the operator’s booth can view the weights wirelessly via an internet webpage.

Using the Laumas TLKWF wireless weighing transmitter allowed Load Cell Systems to come in much less expensive than the other weighing company’s proposal. Our solution incorporated in a single product what the competitor needed three times more products and at four times the cost to accomplish. 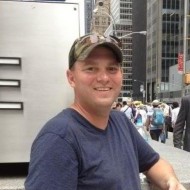